We hold a full asbestos license 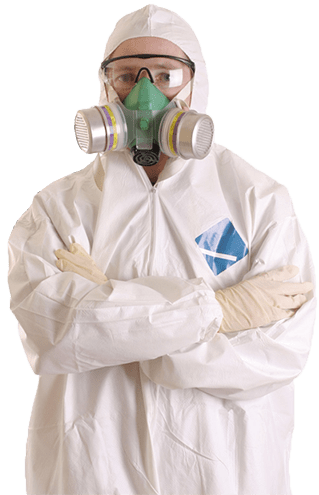 We pride ourselves in offering a top class service to our customers with a strong focus on health and safety and compliance. Call us on 0161 302 1900

We are trusted and accredited by:

Get in touch today on

or leave your details using the link below

The importance of asbestos removal in Wigan has been reiterated by recent studies into the hazardous substance and its impact on local communities. In recent years, attention has diverted to other public safety concerns, such as the flammable cladding used at Grenfell Tower, but asbestos remains the largest threat to occupation health in the United Kingdom.

In the absence of major news coverage, some people wrongly assume that asbestos is a problem of the past. The boom years of asbestos hysteria may have been consigned to history, but statistics show that now, more than ever, the need for effective removal is crucial.

As towns and cities look to futureproof their infrastructure, investing in rebuilding projects and expansion plans, asbestos must be a key consideration. In particular, contaminated land remediation requires deeper analysis as new buildings transform our skylines. We cannot think asbestos into disappearing. We must take concerted action to ensure our safety.

Is asbestos still a problem in the UK?

In short, yes. Asbestos causes more than 5,000 deaths per year across the country. Estimates show that, during the last century, more than 6 million tonnes of asbestos were imported into the UK. The substance was banned in 1999, but despite widespread asbestos removal efforts, a majority of that is still in situ.

A report by the bipartisan Parliamentary Group for Occupational Health and Safety suggests that around one million domestic properties in the UK still contain asbestos. A similar number of commercial premises also harbour an asbestos legacy, highlighting the need for specialist support.

The Health and Safety Executive (HSE) estimates that 1.3 million tradespeople are at elevated risk of asbestos exposure. On average, a tradesperson will encounter asbestos more than 100 times per year, or twice every week. That level of exposure must be reduced through effective asbestos removal, abatement and management.

An overview of asbestos in Wigan

Due to inconsistent reporting, it can be difficult to assess the asbestos performance of a particular town, city or region. However, asbestos removal in Wigan is a highly competitive industry, and we take pride in working with many businesses and individuals in the area.

A report by Wigan Today found that asbestos-related cancer deaths in Wigan are currently at their highest levels since records began in the 1980s. Data suggests that mesothelioma – a fatal disease caused by inhaling asbestos fibres – killed 85 people in Wigan between 2013 and 2017.

Therefore, the need for expert asbestos removal services in Wigan has never been greater. Together, we must change our relationship with asbestos and become more aggressive in removing it from buildings across Greater Manchester and beyond.

It can be easy dismiss numbers on a page when it comes to asbestos, believing the worst will never happen to us, but thousands of families will tell you differently. We must get real about asbestos removal in Wigan, saving lives rather than seeing them drift away.

Which countries remove the most asbestos?

In Britain, successive governments have pledged to improve asbestos safety, but we have been comparatively slow as a nation to adopt complete eradication measures.

Australia is working to an ambitious goal of eliminating asbestos-related disease entirely among its citizens. Meanwhile, Poland wants to remove all asbestos by 2032, an ambitious target for a country that used roughly double the amount of asbestos as the UK.

The European Parliament has called for all public buildings in Europe to be asbestos-free by 2028. While Brexit makes this benchmark rather redundant for the UK, it can be used as a barometer of international urgency with regard to asbestos.

We need to match that level of commitment to public safety and broadcast the importance of asbestos removal in Wigan and similar towns across the land. Investing in asbestos removal is investing in your future and those of other people. Health is our greatest asset, and we must guard it with rigorous intent.

Where to find asbestos help in Wigan

If you are worried about the culture surrounding asbestos in Wigan, or in any other area, we can provide all the support you need. Based in Chorley, a short drive from Wigan, we have revolutionised the North West asbestos removal market since launching in 2016.

While other companies offer asbestos removal in Wigan, we specialise in the discipline. Our knowledge of the local landscape is essential in planning and delivering transformative results, and our passion for occupational health will never be beaten.

We appreciate that asbestos is a complex subject that requires delicate management. When discussing asbestos, the connotations of death and danger can make it rather overwhelming. People tend to panic when they faced with asbestos issues, but we believe strongly in a calm and constructive approach.

When it comes to asbestos, there is no such thing as a stupid question. If you are dealing with asbestos in a few kitchen floor tiles or a large public building, we provide tailored advice and services to help across the full environmental compliance spectrum. We are always keen to meet new people, expanding our network in the fight for a safer world.

Operating nationally, we have a resounding footprint in the North West. When people need asbestos removal in Wigan, we have become the go-to firm, backed by a growing reputation for excellence. We work with landlords, private individuals, small businesses, public sector organisations, education establishments, local authorities and multi-national conglomerates to deal with asbestos. Our approach is therefore rooted in decades of elite experience.

Our expert team is friendly and approachable, working tirelessly to raise asbestos awareness and deliver abatement services. From removal and encapsulation to disposal and remediation, we are your one-stop shop for asbestos help in Wigan. We offer free advice relating to all queries, while our asbestos sampling service can be particularly beneficial as a first step in deciphering the extent of contamination.

If you are worried about asbestos in your home, workplace or public buildings, get in touch today on 0161 302 1900. Alternatively, drop us an email and schedule a chat. Let’s grab a coffee and discuss your asbestos needs, because your safety is our concern.