Find out the latest from Greenfield removals and the current industry. 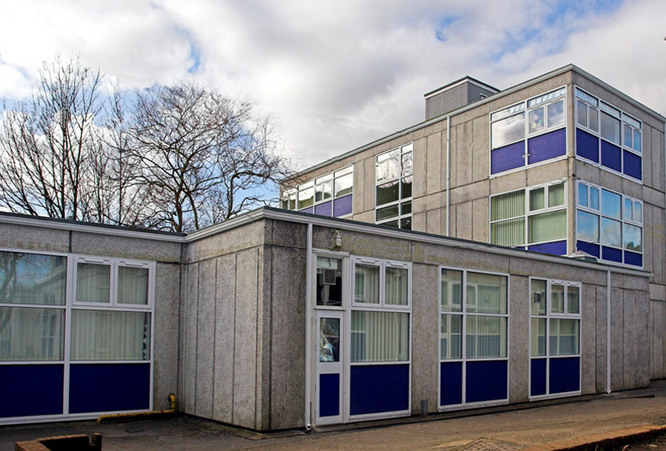 What are CLASP buildings, and do they contain asbestos?

In the aftermath of World War II, Britain faced many socioeconomic problems. The prospect of rebuilding a nation razed by Nazi bombing was daunting. Central government harboured a depleted economy, while local authorities struggled to gain vital funding for reconstruction projects. Increased migration and a post-war baby boom created a growing population, which added further complications for regional decision-makers.

Vital public sector buildings were prioritised in the rejuvenation campaign. The need for operational schools and hospitals could not be ignored. Amid dwindling resources and mounting frustration, a collaborative approach was spawned in search of answers. Formed in 1957, the Consortium of Local Authorities Special Programme (CLASP) endeavoured to pool resources and share ingenuity. The stopgap solution became a long-term enigma.

What are CLASP buildings?

CLASP took an austere approach to nuanced problems, acting with rampant utilitarianism to get the job done quickly. The consortium agreed on a low-cost, standardised building design that could be easily replicated in minimal time. Using light, prefabricated steel frames, CLASP buildings were simple to construct and easy to adapt.

Minimalist and modular, they rapidly sprang up across Hertfordshire, Derbyshire and Nottinghamshire throughout the 1950s and 1960s, providing adequate classrooms, offices and houses. Similar schemes sprang up under different names, such as SCOLA, SEAC, MACE and ONWARD. All shared a same ethos: that designing and constructing buildings in a uniform manner increased the speed and efficiency of project completion.

With distinctive aesthetics, CLASP buildings gained an ominous reputation among critics. One satirical acronym referred to the buildings as Collections of Loosely Assembled Steel Parts. Many people deemed them ugly, while others worried that CLASP buildings were flimsy and unsafe.

However, a far greater problem emerged when people became aware of hazardous materials used in the construction of CLASP buildings. For so long, the method of CLASP construction was the focal point of intrigue, but in actual fact, the substance of those structures was far more pertinent.

The prolific use of asbestos in CLASP buildings

The stated aims of CLASP meshed finely – and devastatingly – with the widespread use of asbestos, a carcinogenic mineral used in thousands of building materials. When CLASP emerged in the 1950s, asbestos was cheap, versatile and readily available. United Kingdom ports were relentless portals of asbestos transportation, and utilising the product seemed efficient at the time.

In so many ways, lightweight steel frames were integral to CLASP buildings. They allowed for quick and cost-effective assembly while affording occupiers a certain level of flexibility in how rooms and spaces were used. However, steel frames require fire protection, and applying asbestos-laden products was one of the cheapest methods of achieving that end. CLASP buildings were duly laced with asbestos insulating board (AIB), creating a dangerous structure throughout.

Like many of their forebears, CLASP powerbrokers admired asbestos, which was considered a wonder material before knowledge of its toxicity became commonplace. It allowed them to finish more buildings quicker, reducing pressure from the public. Asbestos was subsequently used for myriad purposes in CLASP structures, from heat insulation and fireproofing to floor coverings, ceiling tiles and wall panels.

With tight budgets and demanding timescales, sites were stifled by frequent material shortages. Asbestos was used as a reliable alternative, and can therefore be found in a wide range of random locations and products inside CLASP buildings. This poses a number of problems, from both health and logistical viewpoints, giving rise to the common stereotype that CLASP buildings are riddled with asbestos.

Competent industry professionals, such as qualified asbestos surveyors and removal operatives, are needed to navigate CLASP buildings to a compliant future. Sanctioning work by incompetent, unqualified and inexperienced firms can create more problems than it solves.

Dangers of asbestos in CLASP buildings

If undisturbed, asbestos poses a negligible health risk. If managed appropriately and sealed correctly, the containing product itself will cause little harm. However, asbestos is extremely fibrous, which means that it can be easily crumbled to fine dust or powder. At a molecular level, asbestos consists of microscopic fibres, which can become lodged in the throat, nose and lungs through inhalation.

Interacting with the body, those lodged fibres cause a range of diseases, including mesothelioma, a fatal disease of the long lining; asbestosis, a scarring of the lungs; various lung, ovarian, laryngeal and other cancers; and pleural difficulties, such as the formation of plaques and general thickening.

Asbestos-related diseases have a latency period of between 10 and 60 years, meaning that health problems can emerge decades after somebody is exposed to the hazardous material. Around 2,500 people in the UK die from mesothelioma every year, or roughly seven people every single day. Mesothelioma death rates have risen steadily since the 1970s, and many experts predict a peak in the coming years.

CLASP buildings fell out of favour in the late-1970s. Budgetary advances and changing architectural tastes made the scheme obsolete, but the troublesome legacy of asbestos still casts a shadow over many public buildings. Around 3,000 CLASP buildings are still in use across Britain, posing real problems for local authorities and dutyholders alike. It can be tempting to disregard CLASP building as a bygone problem, but doing so is incredibly dangerous.

If you still regularly visit CLASP buildings, or indeed if you are responsible for maintaining them, possible exposure to asbestos is likely to be a major concern. In this regard, seeking expert advice from industry professionals, namely companies with a full asbestos removal licence, is always recommended.

Here at Greenfield Removals, we have extensive experience working within CLASP buildings. From small encapsulation and surveying jobs through to widespread asbestos removal projects, our qualified team is capable of dealing with any scenario in a manner that ensures legislative compliance for the client.

To find more information about asbestos in CLASP buildings, contact Greenfield Removals today on 0161 302 1900. We provide free advice, consultation and quotes, giving you peace of mind. We take pride in quick turnarounds and elite service delivery, distinguishing our team as the leading choice for asbestos services in your area. We worry about asbestos so you do not have to, so get in touch to begin your journey to improved health and safety.